In the final days of the beast Effingee many things were revealed. It was as if a great murky cloud was removed from my eyes and I was left with blinding clarity. That clarity made me ashamed of who I had been and how I had hid. 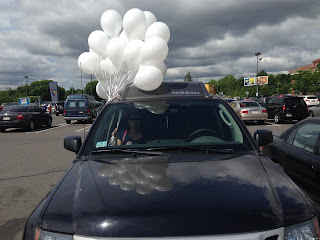 It was revealed to the many that there indeed was no magic in the world besides the magic we make with our own hands and our own blindness. Many hands and much suspension of disbelief joined forces that Saturday morning to make the beast more real than he ever could have been before. 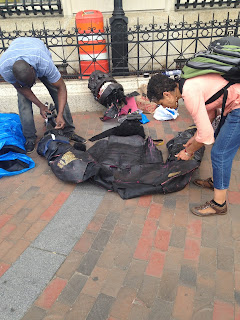 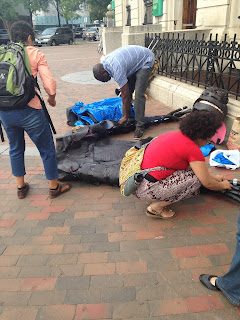 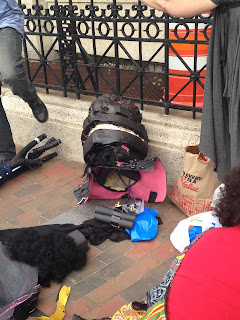 Hands got busy in assembling him like a giant homunculus or golem of the old world. They decorated him with protective script and totems from many cultures and languages. They adorned him with trinkets and sigils to suggest a very modern and worldly power. 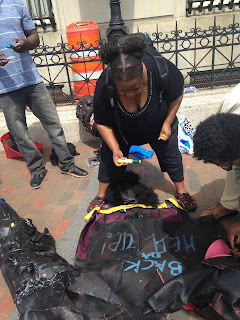 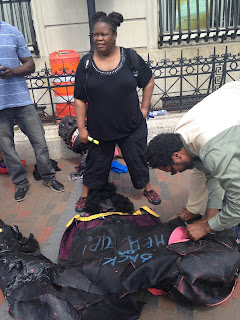 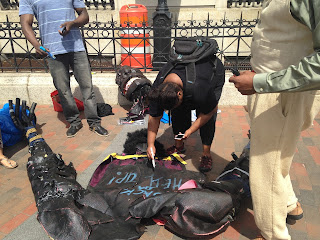 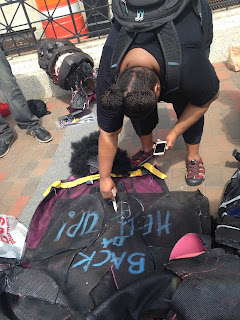 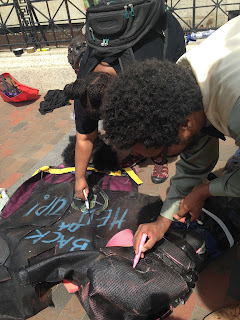 Elders again came and found meaning in his self-sacrifice. In this ritual they saw and commemorated their long dead but always close ones. 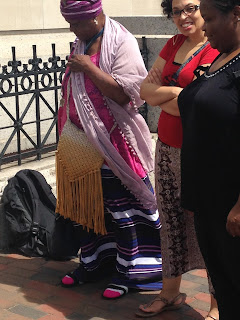 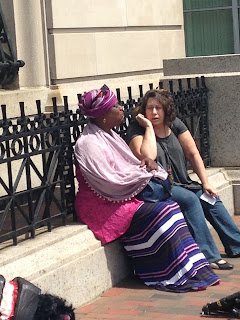 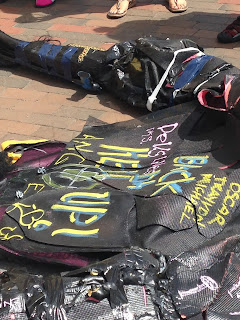 He bore the names of fallen sons and brothers and they were comforted by those amongst us with hearts heavy with kindness. 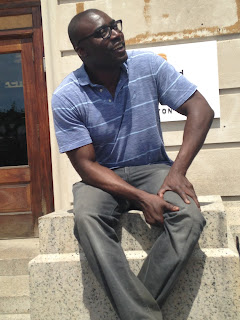 Great artists of the day bore witness and contemplated the signs and portents.
Concocting new tales and myths no doubt for later days. 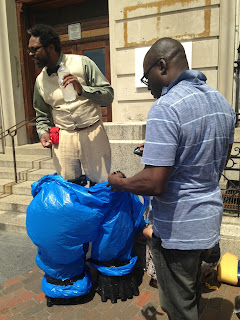 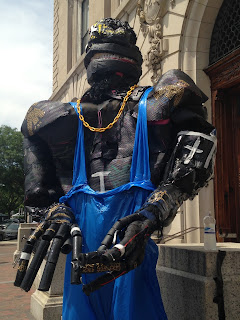 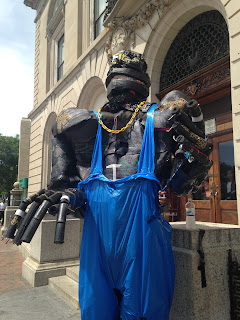 Soon the great beast was erected and ready for the long march to his final time here with mortal men. 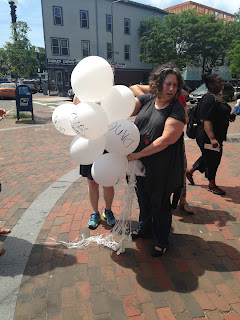 He was prepared to carry a light burden to his resting place in the other world. 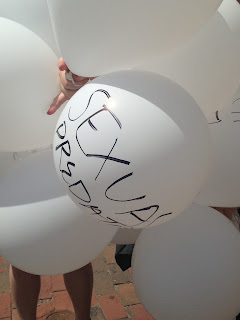 The essence of what he was born to do. Carry and bear what we ask ordinary men to but they can not. 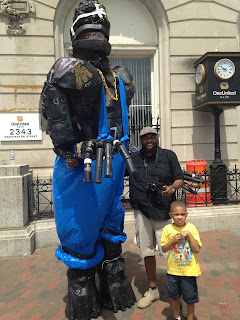 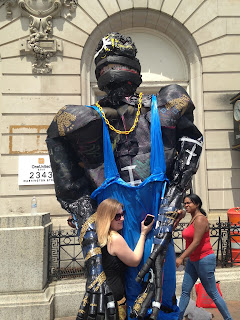 Again and again he is met with love and kindness. Again hope returns to humanity when it slows to see wonders beyond their mundane walk through life.


Even a monster like Effingee can be a brother. 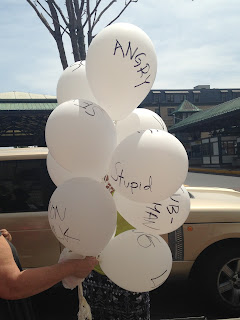 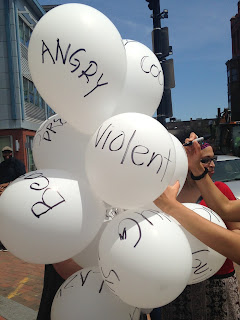 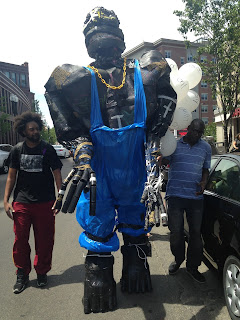 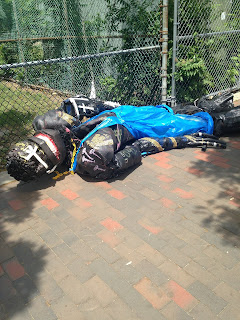 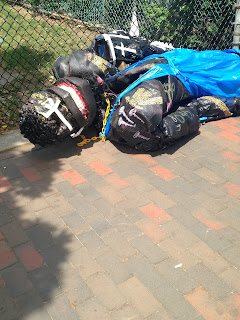 In the final reckoning the great lesson I have learned in this mad quest for this Effingee is that when mankind searches for god or devil, beast or angel to attribute the worst of the human condition to we will always find what we are looking for. When confronted by the reality of our complex nature and society we can not build straw men from the bodies of those living amongst us. The best among us will always answer our panic and dread with calm and compassion.